Dog With a Blog: How I Escaped an Untimely Death at the Hands of My Owner 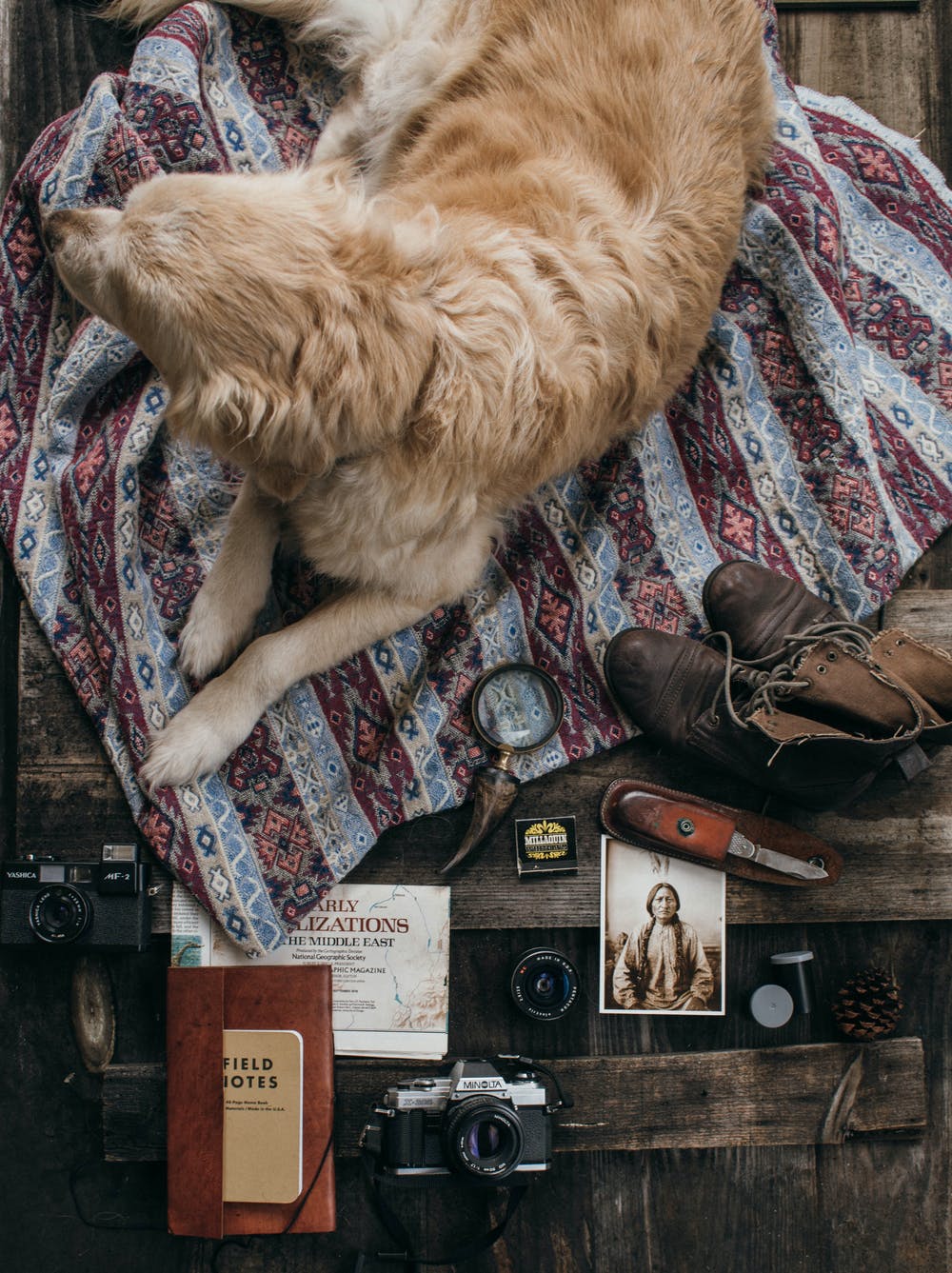 I am a dog, a Lhasa to be more precise. There is nothing extraordinary about me. I am a common mountain breed as far as canines go; but I am happy to belong to a sturdy stock or I would not have lasted seventeen years with my human. That’s right, seventeen is exactly how old I turned last October. If you know anything about dogs, you will know that in human years I am over a 100 years old. What is even more remarkable though, is that I have made it to this age not because of my human,  but despite her.

Don’t get me wrong, she is loving and has an agreeable disposition in my opinion, but my human is extremely remiss in her duties as a caretaker. If one could live on love and air alone, one would thrive under her charge but if one needs more than that, and most species except fungii do, chances of survival with her are slim. We live in India and this may well be one of the reasons we are still alive. My human relies heavily upon our domestic help, that is easily available in this country, to keep me and her children alive. The benedictions of the universe be upon these good people, for who is to say under what stone my mortal remains might have been gathering dust? Had it not been for Irene, Lucy, Tara or a Martha, I would have been soil by now.

The story that I am about to share with you, is the story of a dog’s determination to stay alive against all odds. It is an incident that will demonstrate to you amply the consequences of what can happen to a dog when a person like my human, who has been somewhat of an emotional fool most of her life, decides to practice extreme detachment in her middle age.

It was the first week of November, 2017 when I walked towards her bed with shaky legs late in the night. I was shivering, and burning with fever. My human panicked, overmedicated me and sent me packing to the veterinary doctor as soon as she woke up the next morning. Weak from fever, age and injections in my limbs, I stumbled back home and spent the next 24 hours sleeping my delirium off.

A day later, my fever broke but my weakness continued and I could barely even lift my head up. Walking was out of the question, my limbs had a will of their own and I remained glued to the ground in my sorry state. On the third day, I was woken up to the shrill sounds of the younger child of the house screaming “No way,” before bursting into tears.

“I think it is time, he has lived his life. We will have to put him down.”

“But talk to the doctor at least and see what he says,” the child pleaded.

“Doctors will go on administering drugs in him, but it is Olly who is suffering. I cannot see him like this, lifeless and helpless.”

It was clear to me by now that it was my life that was being discussed in so casual a fashion. “I am better today,” I wanted to say when the child flung herself at me and started petting me vigorously through her tears.

Next I heard mother call the Senior Vet, who has known me since I was a puppy. This vet wasn’t aware of my physical condition; it was his son who had examined me and prescribed my medicines on my last visit, barely two days ago. My human went blathering on over the phone with the Senior Vet for some time giving him an exaggerated account of my illness before nodding her head and saying emphatically, “Doctor I think it is time, I am ready for it.” “Wait a minute, I am not,” I desperately wanted to say but all I could manage was a soft growl which the human ignored.

“Yes, I must put a stone on my heart and do this,” she said physically placing her hand on her chest.

“Speak to the doctor who attended to me, you mad woman, not his father who hasn’t seen me in three years,” I wanted to say.

“He has been behaving strangely at night since months and kept me up. And now…he is descending into this crippling state. I should have known his end was near, he isn’t even barking at the crows in the balcony these days,” she said in dramatic tones.

I am not a cripple. My fever had rendered me too weak to walk, but at my age that was normal. How unfair that my fate was being decided by a raging lunatic and I had no say in this matter.

Admittedly, I had been feeling disoriented at night since a few months and I would often keep my human up with my soft whining, but I did all other things like any normal healthy dog. I went for my walks, begged for food, followed lunatic to the bathroom, barked at all our visitors, fought with the crows at the window, none of this, as you can see, indicated that my “end was near”.

Next, my human rang her mother on Facetime she asked her to bid farewell to me. “Say bye bye to Olly,” she wept. “No, no don’t do this, show him to the doctor one more time at least,” grandma implored her.

My own funeral was being planned in my very presence and there was nothing that I could do about it. You humans, who are always lamenting about your lives, ever wondered what your lives would be like if you could not speak?

Grandma, god bless her, started sobbing. “I will not allow you, why are you being so impatient? Give him a few more days, he will bounce back.”

“You know how much he means to me, this is the hardest decision of my life, but the Buddha said that one must let go of attachment, it causes suffering…I am letting go of my attachment to Olly this minute. Besides, next week is very hectic for me work-wise, if he dies on me next week it will throw my schedule off.”

Buddha be damned, you can imagine how this conversation was knocking the stuffing out of me. I could hardly believe my ears.

“We both know that I will suffer this loss most, but I cannot watch Olly suffer,” she trailed off into some kind of a homily on the transience of life, death and eternity.

To hell with her philosophy about eternity, I wanted to live.

Things weren’t always this hopeless for me. My human had returned from America late in her pregnancy because she missed being with me. The older child curses her now for depriving her of an American citizenship because of “a dog”. Who would have thought that the same lady would be planning my funeral one weekend because she had no time to accommodate my death the following week?

Humans have no conscience, really.

As I was busy ruminating and mentally preparing myself for my imminent death, my human leapt off from the couch and suddenly, scooping me up from the floor, carried me to the vet’s clinic.

She barged straight into the senior vet’s cabin and plonked me on his table. “You are early, I have fixed the time for 1 pm to put him down,” the doctor told her.

“I want you to have a good look at him one last time,” she said. It sounded like an order.

The vet examined me thoroughly and after going over my recent blood report said, “Every family needs a wise elderly person in good health, to bless them and protect them. Olly is that person in your house, he is doing fine. At his age, I would give anything to be as healthy as him. Take him home please. It isn’t his time yet.” The good doctor, a noble soul by all accounts sounded relieved that he did not have to snuff the life out of me, his old patient unlike my own family.

My human’s recently ‘detached’ eyes suddenly welled up with tears and she started to thank the doctor profusely even as she sobbed.

The entitled older child of the family was up by the time we returned home and even though she has the compassion of a dragonfly, she was appalled at the news she received from our disconsolate staff that her mother had decided to put me down.

“What the hell? So, this is what you do to people you love? Kill them because they are too weak to walk about after a day’s fever? God, we aren’t really safe around you anymore, are we?”

“But he wasn’t walking, or barking at the crows, he was weeping at night with partial dementia, I thought if I were him I would not want to live like this.”

“But I am HIM and I want to live like this, you bloody woman!” my mind screamed.

Later that day,  everybody fussed over me and it felt good, really good. It was evident that people only realized your worth when they feared they were about to lose you.

A week passed and I began to feel salubrious once again. With a little more strength in my body, I decided that I would show her. I would impress upon my human that I could bark, chase butterflies and maybe perform a stunt or two. Then she would know I still had my mojo in me.

So, I barked at the crows in the morning and the same evening, just as she was pouring tea for a friend who had dropped-in to see my human, I decided to mount that silly, pea-brained, un-receptive female dog of the house.  It was precarious, I had to do it carefully without collapsing and making a fool of myself, but I pulled it off.  If this didn’t impress her, nothing would. So when I finally managed my doggy stance, what do you suppose the human did instead of patting my back? She started to yell “Bad, vulgar, horny doggy” at me.

“He’s still not barking at the crows, but with three out of four feet in the grave he is trying to hump Tiffany , so I think he is really better,” she told her friend in a voice dripping with sarcasm.

Suddenly, without a warning, she got up from the couch and came across and struck me on my face. “Yes, this says a lot about the male of the species, even with death staring them in the face, they will try their luck with a woman,” she said.

I am still wondering what I did to deserve that whacking in public, all I know is that some women, you can do all you can to please them but they are never happy. Never. 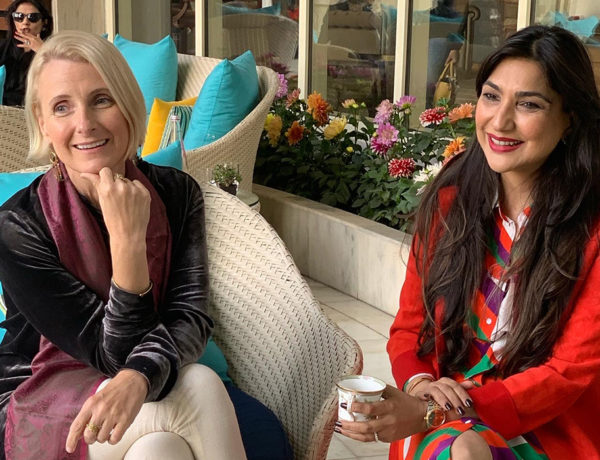 Elizabeth Gilbert and the Art of Living (HT Brunch)