Diary of Frankly Anne – The Karma of Greying 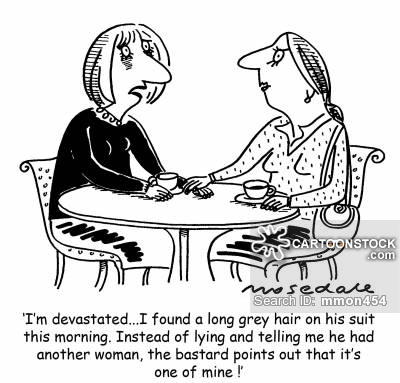 Spotted some stark grey hair strands today. Seriously disturbed. I am not prepared to grow old just yet. Why have these strands turned grey overnight? Is it because of bad karma?

I book at appointment with my hair stylist, ironically called Karma, in the hope that she will have a miracle fix for grey hair that did not involve dying or colouring. Karma always has a solution to my problems. I mean Karma the stylist, not the other one. She inspects my hair and is surprised that between my last visit to her and now some of it has indeed turned grey. But it isn’t premature greying, she consoles me. She tells me that at our age it was bound to start turning grey. This is not very consolatory at all.

Agreed, I will be growing another year older this year. I would tell you my age, but I think that might be a mistake. Honesty is a good policy when age is concerned only after you are eighty. Any time before that a woman should hide her age or at least keep people guessing. Besides, if I told you my age, we would develop trust issues between us because as Oscar Wilde says, ‘One should never trust a woman who tells one herreal age. A woman who would tell one that would tell one anything.’

So there. But let me just tell you that I have always been considered older than my years. It started at school when I was around ten-years-old. I came back after the summer break only to notice that everyone in my class had shrunken in size. Unexpectedly I was asked to take the last bench, a move that I took to most despairingly.  Someone ought to have made me feel good about growing vertically back then but we live in a cruel world.

Over time I got used to being relegated to the backbench, or the last in the queue as it were. This I could deal with but the ignominy of being asked to play a boy’s part during the annual day concert only because the boy who was originally assigned the role had been taken ill with jaundice, was something that was going to stay with me for a long time. Although when I look at my picture albums and notice a faint but definitely there hair growth on my upper lip and my knit brows, I wonder now if it was naivete’ that made me believe it was my height alone that was responsible for landing me the boy’s part.

If this wasn’t a life altering event, there were more that included uncles and aunties in my parents’ circle  fondly asking me to watch over their petite daughters when we went for evening walks or picnics.

Be that as it may, I soon got over such slights because of my mother who made me believe that there was no one lovelier than me this side of the Hindukush. As time passed, these delusions that mom passed on to me found deep roots within my psyche and declared permanent residence.

If I looked older and stronger than others because of my height and frame, it was all right with me.

But now, at my age, this MATTERS. I want to finally be considered younger than my age. It is pay back time world.

I am Googling ‘Ways to reverse premature greying’ and the key remedy according to my research is the one that says ‘Don’t stress as stress causes greying’.

This bit always manages to enrage me. What do you mean don’t stress? What do you want me to do, take long eager strides across mustard fields towards my old age? Embrace it the way Bollywood heroine embraces Bollywood hero just before the end credits roll? Of course I am stressed. Have you ever met anybody who was dying of some illness or had severe health issues and on being told that stress was the main contributing factor towards their disease, decided to suddenly be happy, cheerful and optimistic about it? Probably not.

Au contraire, such a statement only makes matters worse because even if you were stressed earlier you were ignorant of what it was doing to your body. Now not only are you stressed but you are also stressed that you are stressed and that the stress is going to exacerbate your condition.

So not stressing about this matter is clearly not an option. There are some Chinese acupressure options that have shown up on my screen which are looking good. What is also looking good are some options that suggest that if I chew ginkgo biloba leaves daily, apply curry leaf oil every night for ninety nights in a row, spend the better part of my day doing head stands, do positive affirmations of the nature of ‘My hair is slowly turning black, my hair is slowly turning black’ by not merely saying them out aloud but also feeling them, there is a good chance that I will reverse the greying.

I will not be writing for a while hereafter as you can see, there is so much to be done.

Now please excuse me while I get to work. Yayoi Kusama’s ‘Infinity Rooms’ and the age of Instagram

A Man’s Version of Snow White and the Seven (Fermenting) Dwarves.

A rainy evening in London (which is every evening

Lilo has learnt to roll down the power windows som

Men play their part but girlfriends are everything